The ADAPT All Ireland Linguistics Olympiad (AILO) has been awarded the prestigious 2020 European Language Label (ELL) for the “AILO at Home” project. The ELL award was presented by Léargas at an online awards ceremony today.   AILO at Home, which is led by Dr Cara Greene of the ADAPT EPE team, provides bite-size… Read More 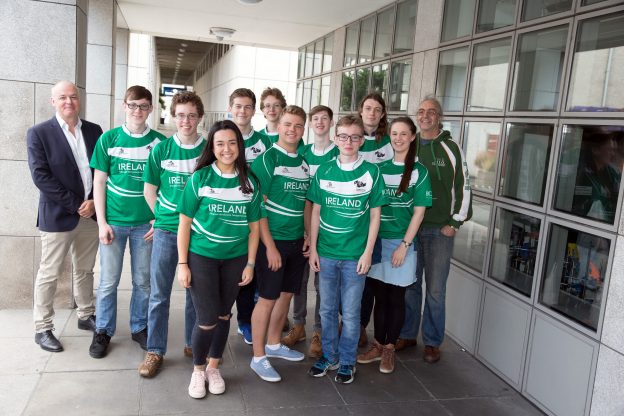 Today forty-four teams consisting of 176 students aged between 14-19 years, representing 29 countries, will compete in the International Linguistics Olympiad 2017 in Dublin. The International Linguistics Olympiad 2017 (IOL 2017) is being hosted by the Science Foundation Ireland-funded ADAPT Centre for Digital Content Technology and it will run from 31 July to 4 August in Dublin City University. Competitors will attempt over… Read More

Four secondary school students from Mountrath Community School have been announced as winners of the team competition at the All Ireland Linguistics Olympiad (AILO) final in Dublin. The team consisted of Alex Moore, Domhnall O’Farrell, Aisling Page and Christopher Carew. The Mountrath students beat off competition from 42 other schools around Ireland to take the team trophy. … Read More